By Paola Rojas and Victor Bonfils

In light of the mining boom Argentina is experiencing, one of the provinces that imposed a law restricting the activity is rethinking its position.

During August, a piece of news much expected since 2006 was finally known: Vale – the new owner of the Potasio Rio Colorado potash project, until earlier this year property of Rio Tinto, who in turn had purchased it from Minera Tea in 2005 – received the approval of its Environmental Impact Declaration, key milestone for advancing towards the realization of the 3,000 M dollars project. After this, the company needs to continue with sectorial permits and define how the energy required will be obtained. 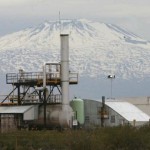 PRC will not only put Argentina on the potash market globally, but will be completed in full observance of the law 7722 still into effect in the province: the project does not include usage of any toxic substance. PRC proposes mining through dissolution, a process that consists in pumping hot water into a series of vertical holes of 1 km., where the mineral is located. The solution is then pumped back up where the potassium chloride is crystallized and purified, achieving the final product.

Argentina does not consume significant amounts of this mineral, mainly used as a fertilizer. However, Brazil, home country of Vale, was the world’s third consumer with 5.5 million tons according to 2005 data since it requires this mineral for its thriving agriculture. This project will give Vale between 2.5 and 4.2 million tons allowing them to satisfy up to 70% of the Mercosur demand.

Potasio Rio Colorado is the most advanced and significant of the projects in development, but it was not the only project that had advances during August. Calypso Uranium’s Huemul project, that intends to analyze the uranium potential in a historically known district and former producer, also had environmental approval for a drilling program.

Finally, the copper deposit San Jorge, identified in the ‘60s, is also advancing. Today, Coro Mining is working on its pre feasibility. Also, a public consultation period is open where the community can get informed on the project and submit questions, as provided by the mining code. San Jorge can also be operated under the current law, since the company modified the engineering of the project to a flotation only process.

The impact of these projects, as forecasted, is tenfold: in the case of the most advanced, PRC up to 2000 direct jobs are estimated with a multiplying effect of 7 to 1, along with increased demand on the goods and services from local firms, as well as taxes. If this positive boost on the economy of Mendoza happens during 2010-2012, it would coincide with the construction of the Pascua Lama giant, in neighboring San Juan. And even though suppliers in that province are preparing to satisfy this demand, it is only logic that there is at least some degree of benefit to firms located in Mendoza.

The environmental approval of these three projects is a meaningful advance. Mendoza is a province with a great mining potential, attractive to new investments in exploration. The Andean Plan undertaken in the 60’s and financed by the United Nations indicated the presence of over 30 exploration targets in the province, one of them the San Jorge project itself.

Mendoza has a singular mining history: for many years it was the only province that produced uranium, manganese, iron, copper, asphaltite, bentonite, talc and baritine. With the fall of domestic prices it intended to move towards metalliferous exploration, but politics and government misunderstandings have not allowed exploration to advance.

It is the right time and place for Mendoza to reaffirm its will to take advantage of this potential and join the growth of Argentinean mining.