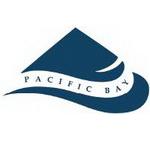 VANCOUVER, BRITISH COLUMBIA–(CCNMatthews – July 11, 2006) – Mr. George Sanders, President, Consolidated Pacific Bay Minerals Ltd. (TSX VENTURE:CBP) (the “Company”), is pleased to announce that detailed mapping and sampling has commenced on the northern portion of its Cerro Negro property in the Famatina District of La Rioja province, Argentina, where first-pass prospecting in March, 2006 returned highly anomalous gold values in rocks and talus soil samples, including a rock sample from outcrop which assayed 40.6 grams per tonne Au (1.3 ounces per ton) in the “Cablecar Creek” zone. This fieldwork will be carried out by Rojas y Asociados of Mendoza, Argentina, one of the most highly respected geological consulting groups in Argentina, who will be mapping and sampling in detail to outline areas for bulldozer trenching and construction of drill platforms slated to begin in September, 2006. The target is disseminated gold mineralization in the porphyry gold, copper and molybdenum system being actively explored immediately to the north of the Cerro Negro property by Barrick Gold Corporation in joint venture with Yamiri Gold and Energy Inc. Barrick announced that it will go ahead with its planned $10M exploration program in the Famatina District in a presentation to local authorities in April, 2006. Barrick has already spent $2M since the beginning of 2005 in drilling disseminated gold targets within 4 Km of PacBay’s Cerro Negro property in this Pliocene age (approximately 8 to 4 my), strongly mineralized, sub-volcanic porphyry intrusive complex hosting one of Argentina’s most famous gold and silver mining districts.

George Sanders, P.Geo, President of Consolidated Pacific Bay Minerals and Qualified Person under National Instrument 43-101 for the purposes of this News Release, states, “Consulting Geologists Rojas y Asociados, led by President Nivaldo Rojas, have unsurpassed knowledge and experience in these Argentine porphyry gold copper molybdenum systems and we are confident that they will uncover the potential of Cerro Negro and lead us to a discovery on this exciting property. We will aggressively follow up on the very encouraging first pass gold results obtained last March in the Cablecar Creek area with the goal of establishing drill targets during this phase of work.”

Pacific Bay Minerals explores for uranium and precious metals in Argentina and Quebec. Please visit our website pacificbayminerals.com for information on all our exploration projects.

ON BEHALF OF THE BOARD OF DIRECTORS