Repercussions of National Mining Day 2009 in Argentina: Barrick’s Pascua Lama will begin construction in 3Q 2009 and Troy´s Casposo to follow in 4Q.

Repercussions of National Mining Day 2009 in Argentina: Barrick’s Pascua Lama will begin construction in 3Q 2009 and Troy´s Casposo to follow in 4Q.

Barrick’s Pascua Lama will begin construction in 3Q 2009 and Troy´s Casposo to follow in 4Q.

May 7 was declared National Mining Day in the country in 1813 with the passing of the first law to encourage the development of Mining. Throughout the country, many festivities take place to commemorate a growing sector of the economy that has been present since independence in a country that owes its name to Silver (Argentum, from Latin).

In spite of the global crisis, Argentina continues to crystallize projects and mines of significant importance further enhancing an already dynamic sector. Along with the four mines opened between November and April of 2009, this year’s mining day had two meaningful announcements. The most significant announcement took place in Buenos Aires and involved the Argentinean President, Cristina Fernandez and Barrick’s CEO Aaron Regent. At the Pink House, a formal ceremony took place where many authorities were present, among them, the Canadian Ambassador in Argentina, Tim Martin.  Both governments agreed to divide taxes according to actual ore reserves, -70% in Chile and 30% in Argentina- along with the granting of pending permits. Initial contracts will be awarded during May and mobilization for on site infrastructure construction, and early critical path work, including camp construction, will take place in the third quarter, with construction scheduled to begin by September. The mine will require a mega investment estimated in 2,8 – 3,0 billion dollars (for Spanish readers, 2.800-3.000 millones de dolares). 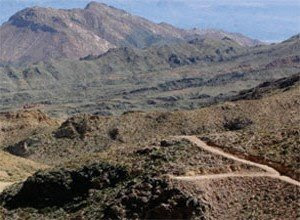 From their side, Troy’s managers met provincial and national officials and informed that they had completed the option process to acquire Casposo from Intrepid Mines, and intend to start construction before the end of this year. Troy’s track record in South America is remarkable, they already have two mines and it only took them between 14 to 16 months to put them into production. The investment for Casposo is estimated in 100 million dollars. These two new mines will join the 16 existing mines, 12 of which are metalliferous. The current type of production shows over 30% of the mines producing silver and gold. This trend will be reinforced by Pascua Lama and Casposo which will also produce those two metals. 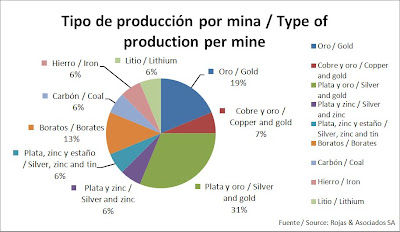 The impact of these announcements is extremely important; not only the production of the country will soon increase again, but also there will be a myriad of business opportunities and jobs for those companies and professionals specialized in constructing projects.

Truly, a “Mining Day” to remember.