SYDNEY, AUSTRALIA. May 20, 2013. Rojas & Asociados is pleased to inform that it has opened a Business Development Office in Sydney, Australia. Such move comes in line with the company’s strategic decision of devoting significant efforts to link Latin American projects with investors.

Australian companies account for over 13% of the explorers and miners active in Argentina, figure that has been growing in the past 6 years. Paola Rojas, VP, Corporate Development of Rojas & Asociados, in charge of Australian operations, stated that “Over the years we developed very strong ties with the Canadian market that are still growing, so when faced with the decision to expand our commercial efforts we decided Australia was the place to be. So far it has been exciting. There is a lot of interest in Latin America over here and we want to be in the middle of the action”. 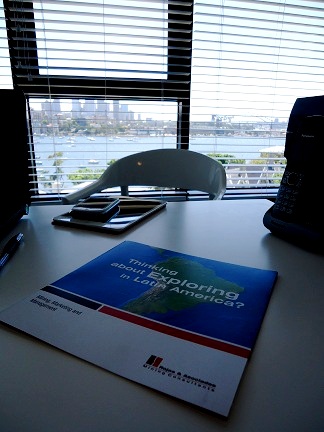 Permanent presence in Australia will give the company the ability to connect more directly with prospective clients with an interest in exploring in Argentina, as well as to get in touch with companies looking for projects in Latin America, region that still captures 25% of the exploration budgets internationally, as informed in the latest report from Metals Economics Group: http://www.metalseconomics.com/sites/default/files/uploads/PDFs/meg_wetbrochure2013.pdf

It is also interesting to point out that the Australian Government is pushing forward on strengthening the links between Australia and the region, as the Embassador Patricia Holmes expressed during the Argentina Mining 2012 convention, last September, when she addressed the audience at the traditional Sponsors and Speakers Luncheon.

The company will be participating in Latin America Down Under 2013 next week in Sydney, an event organized by Australia’s Paydirt Magazine that will gather executives and government officials.

Rojas & Asociados is an innovative mining consulting firm focused on the Latin American market. The Company provides strategic advice, exploration management, generative exploration, negotiation assistance, public relations management as well as advice on provincial political and social trends and events. Additionally, they assist investors in identifying and evaluating projects throughout Latin America for acquisition and joint venture. The company is based in Argentina, has a branch in Chile, a business development office in Australia and a network of associates throughout Latin America.