Until next time, Niva…

Until next time, Niva… 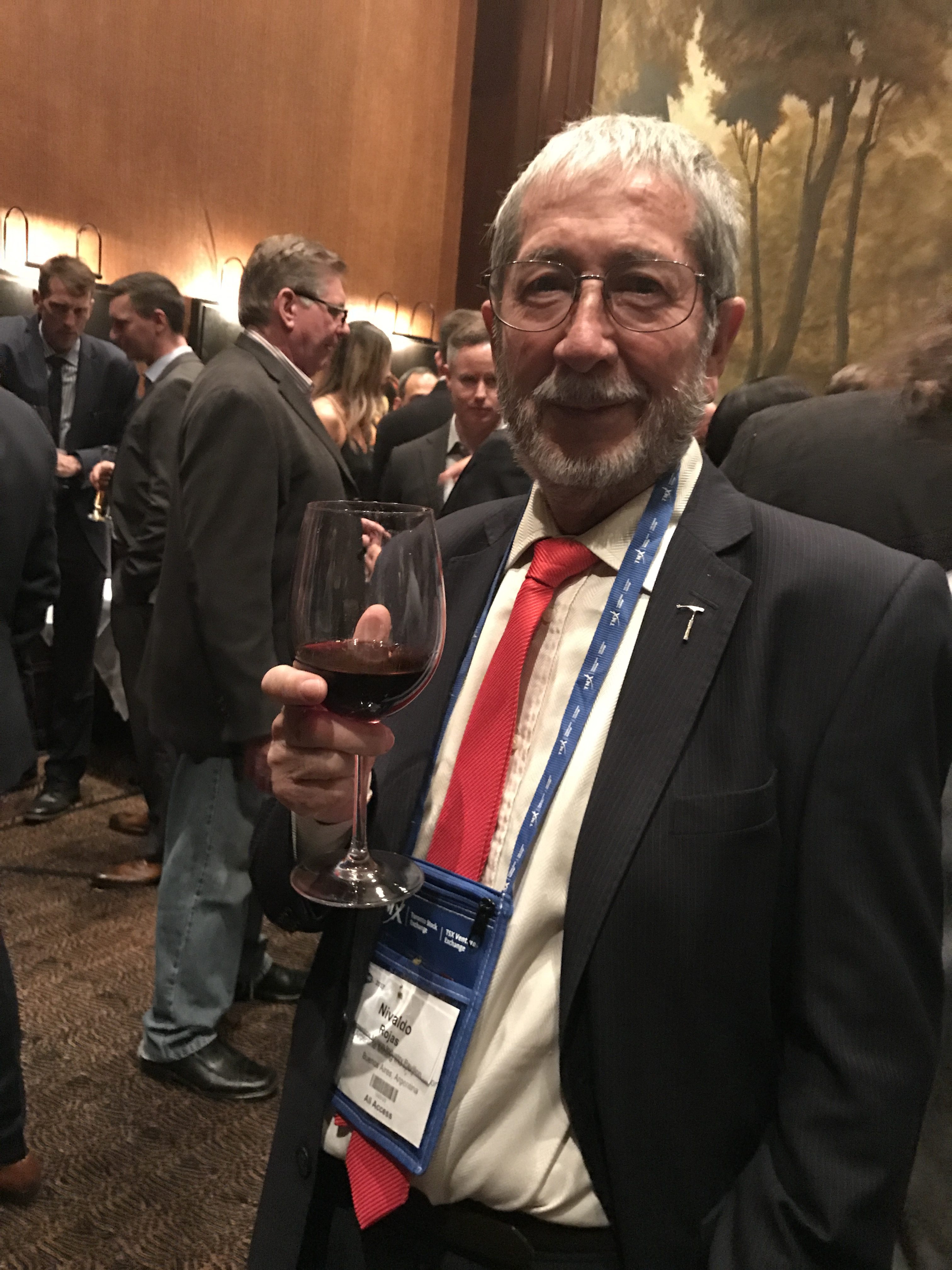 As many of you know, Nivaldo Rojas passed away on August 6. As his partners (and children/nephew) we wish to pay a humble homage to him, with whom we shared multiple exploration programs, countless technical reports, hundreds of domestic and international trips, PDACs, as well as the Argentina Mining Conventions since 2000, among many other activities.

Nivaldo was born in 1944 in Chile. Mining was part of the DNA of his family so it was no surprise he chose to follow this path, alongside two of his brothers. At age 28 he married Any Cuevas, as he started working for the Institute of Geological Explorations. In 1986 moved with his family to Salta in Argentina, and about a decade later to Mendoza.

He had a degree in Mining Engineering from the University of Atacama, Chile but spent most of his career working in exploration; he loved everything about going to the field. He was a director and partner in our firms since inception of our group, back in 1998. Previously, he worked for BHP Minerals (now BHP Billiton) as Country Manager. He had a key role in the discovery of ore deposits such as the Escondida Mine in Chile, Agua Rica, Taca Taca and Diablillos in Argentina and more recently had a relevant role in the acquisition of the Pastos Grandes project, by Millennial Lithium. In 1995 he received the “Excellency in Exploration Award” from BHP, in 2007 the award to the professional career from Panorama Minero and in 2016 he was recognised for his 50 years of career by the Chilean Institute of Mining Engineers.

He was also a Fellow of the AusIMM (Australasian Institute of Mining & Metallurgy), and a founding member of GEMERA (Group of Exploration Companies of Argentina).

Nivaldo was an excellent professional and his human quality, sense of humour, ethics without reproach and perennial excitement before every new project have been, and will continue to be an inspiration for us, and for all those who knew and worked with him.

We’d also like to thank everyone who conveyed their condolences; we received hundreds of messages from all over the planet. It is so heart warming to see how much he was loved. Special thanks to his friends that came in person to say goodbye: Mario Chabert, Mario Alfaro, Ricardo Martinez, Raul Concina, Daniel Perez Lobo, Hugo Bosque, Johny Bonilla, and Guillermo Pensado, among many others and also those who accompanied him over the last few months or kept him in their prayers.

We are very sad that you left, but above all, happy that you lived. Cheers to you, our dear Niva, and to all that we’ve got left to do in this path that we shared for so long.

Niva, we love you!