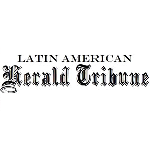 BRASILIA – President Dilma Rousseff on Tuesday proposed a new regulatory framework for mining in Brazil, one of the world’s biggest producers of iron, bauxite, gold, nickel, manganese and other minerals.

Rousseff said her plan calls for a new government agency that would regulate mining activity and create a new concessions regime.

The new concessions “will run for 40 years, extendable for another 20,” and the concession holders must comply with “clear legal obligations, with an emphasis on protecting the environment,” she said.

Mines and Energy Minister Edison Lobao, who joined Rousseff for the announcement, said minimum investment levels would be established and the bidding process would be simplified.

The bill, which will be sent to Congress, also proposes changes to the royalty regime so that 65 percent of the total would go to mineral-producing municipalities, which, according to Rousseff, are “the ones that should benefit the most from their wealth.”