All stakeholders in the mining business require to gather together to exchange knowledge and contacts. Events come to provide a bridge to join the different parties.

Argentina Mining 2014, to be held in Salta on September 3-5, is an excellent opportunity to establish business contacts; to promote mining properties; to offer products and services; to become informed on mining regulation and policies, as well as to be updated in the evolution of mining projects and exploration plans, everything in a fully focused mining environment, alongside its key players.

Argentina Mining is a Marketing & Events firm and its objectives are gathering the mining community in Argentina and providing a place to promote the activity in the world, developing business opportunities for its members: from mining companies –in production, construction or exploration-, mining equipment and services suppliers, consultants and mining professionals, to government officials and mining associations. 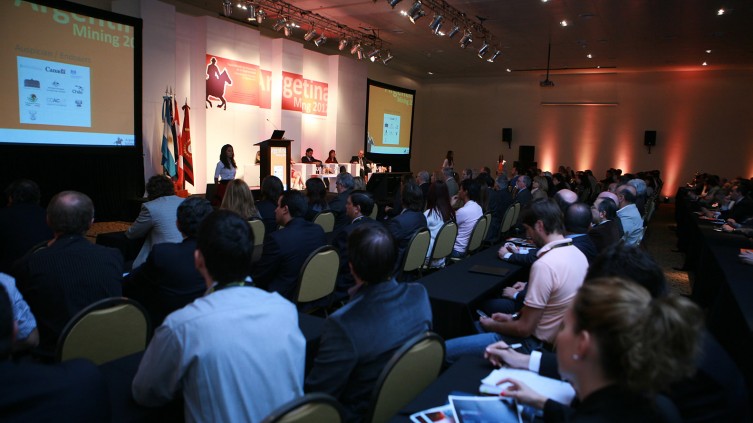 The company organizes the premium international event of the Argentinean mining sector, the Argentina Mining Conference and Exhibition, which takes place in Argentina since 1996, and the Latin Exploration Conference, among others. Additionally, it provides advisory services in public relations and marketing for companies in the sector, and develops supplementary products. Argentina Mining is 100% owned by Rojas & Asociados.

END_OF_DOCUMENT_TOKEN_TO_BE_REPLACED

Our work is many times covered by the media, local and international, technical and even mass media. At times directly in articles and interviews, and other opportunities with mentions in client’s reports, press releases and participation in industry events and magazines.